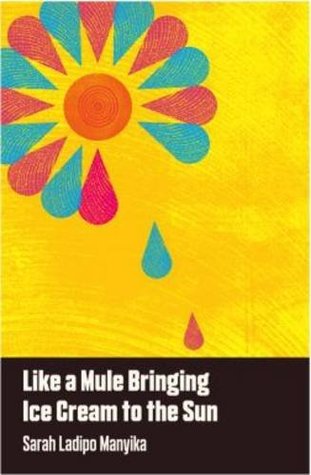 Like a Mule Bringing Ice Cream to the Sun is better described as a memory, in spite of its status as a notable work of prose. The simple yet depth-imbuing prose of its narration notwithstanding, the text reverberates with recollections of people, places and pulses of events. Steven Rose’s statement that “(m)emories are our most enduring characteristics”[1] plays out so well in the narration of the aging of the female protagonist, Morayo da Silva, a retired English professor living in San Francisco. Crisscrossing Morayo’s memory lane and her present realities in this lucid prose, Sarah Ladipo Manyika proves that memory defines who we are more closely than any other single aspect of our personhood. Seldom however would one consider the barrage of memories that accompanies aging and existence on what is considered the fringe of death as one that is filled with humour, excitement, and optimism. The same way we don’t expect a mule to bring ice cream to the sun, improbable gusto and uncommon emotions drip from the pages of this thought provoking text.

Written from the first person’s point of view of several characters all connected to the protagonist of the narrative, it thrives on the inner workings of the minds of the characters; their dreams, their imaginations, their loves and hatreds as well as their remembering. This is actually more prominent in the life of our seventy-five year old protagonist who the story centres around. Morayo’s life reads like a testament of the human will’s ability to triumph over the dreariest of circumstances even in old age. Her story however thrives on her memory of places she has been, the people she has met, and the books she has read. One aspect of Morayo’s memory that is noteworthy is her memory of her home country Nigeria. Prominent in this regard is her constant reference to Lagos, Nigeria’s commercial capital. The city of Lagos has become a prominent feature in several post-millennial Nigerian novels due to its imposing presence in these texts not just as setting but sometimes also as a character in such texts. Lagos has featured in texts like Chris Abani’s Graceland, Sefi Atta Everything Good Will Come, Teju Cole’s Everyday is for the Thief, Nnedi Okorafor’s Lagoon and recently in the crime fiction, Easy Motion Tourist authored by Leye Adenle. What however sets Manyika’s narrative apart from these other texts about Lagos is the beautiful way Lagos features as a contrasting memory to San Franscisco where Morayo lives. For instance, in the opening chapter of the text the protagonist tells us that “when I open the folds of cloth I’m delighted to find the smell of Lagos markets still buried in the cotton-diesel fumes, hot palm oil, burning firewood. The smell evokes the flamboyance craziness of the megacity that was once mine in between my husband’s diplomatic postings.” (p. 4) Morayo’s vivid recollections here contrast sharply with her total forgetfulness at other times.

Apart from her memories with which she struggles at times, Morayo appears anxious about becoming senile. Determined to live life to the fullest, she prepares for her seventy-fifth birthday with several anxieties. Chief among Morayo’s anxieties over aging is her impending driving test which she is not sure to pass due to her failing sight. Communing with books and literary characters like Mrs. Dalloway and Sir Galahad, Morayo reveals more about herself; her idiosyncrasies and her extreme love for literary texts. She seems to place her literary characters on the same pedestal as actual humans and a reader who is not familiar with the texts she refers to might be lost at some point. Dripping with literary allusions, Manyika’s text invites the reader to roam in the wilderness of her literary adventures: English, Caribbean and African literature converge in the memory of Morayo, our aging but elegant protagonist.

We also perceive this aging protagonist’s character through other characters’ who the author bequeaths the gift of voice to. They sometimes illuminate Morayo’s opinions by shedding more light on her convictions and other times, their opinions differ sharply from her own and in a subtle way draw attention to her wrong judgments. Morayo’s divorced husband, Sunshine her young friend, Savage the homeless young woman she meets on the street, and the husband of one of the people she met at the old people’s home where she is recovering from a hip injury after an unexpected fall, all provide alternative versions of Morayo’s reality through their opinion of her.

One thing that however lights this narrative is Morayo’s enthusiasm, her will to remain bright and optimistic in the face of the complex emotions of aging in an individualistic society. Making the most of every acquaintance in San Francisco, she manages to court and value her memories as she learns to let go of uncontrollable circumstances. Morayo’s time in the hospital after a fall, her lost books and her impending inability to drive; seem to challenge her natural optimism. But making the most of these challenges, and even making few more friends in the process, Morayo appears poised to embrace her old age gracefully.

Like a Mule Bringing Ice Cream to the Sun is a delicate dramatization of the complexity of aging; the difficulties, the wrong perceptions, the misunderstandings as well as the pleasures, the joys and the possibilities embedded in it. The protagonist’s life also appears to embrace Taye Selasi’s concept of “Afropolitanism” in her popular essay Bye-Bye, Babar or What Is an Afropolitan? (2005)[2] . Being an Afropolitan, Morayo appears as “a citizen of the world”, made prominent so by what Selasi describes as “New York jargon, African ethics, and academic successes”. Packed with positive cross-cultural relations or meetings (the mailman is Chinese, the shopkeeper is Palestinian, her friend Sunshine is Indian, the homeless woman is white), Morayo seems to be a citizen of a world where diversity is strength rather than weakness. Since the narrative is woven around the life of a seventy-five year old African woman, there appears to be an age-bequeathed grace and balance in the analysis of these things. I see this narrative as an eye opener for anyone who is curious about life after retirement for single African women living in the USA.